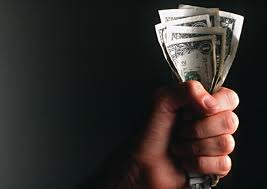 While most people think of noncompete agreements as the traditional, “you can’t work there” type, there is another type of agreement that can create financial incentives so great that, as a practical matter, they have substantially the same effect. They are known as forfeiture-for-competition agreements.

Typically, forfeiture-for-competition agreements impose a penalty for working for a competitor, generally, the forfeiture of the restricted party’s unvested benefits, such as severance pay or stock options or unvested stock. In a variant on the theme (called a “compensation-for-competition” clause), the penalty for working for a competitor would be an obligation to pay money, typically tied to the competitive activities. For example, the restricted party might be required to disgorge some or all – or even some multiple – of the profits or revenues derived from any competitive activities.

Although the specifics of the source of the payment vary between these two types of clauses, they are conceptually the same: a financial penalty for engaging in competitive activities.

Typically, forfeiture-for-competition clauses are subject to the standard noncompete analysis (i.e., reasonable in time, space, and scope, and necessary to protect a legitimate business interest – or whatever variation on the theme may exist in the particular state). That said, forfeiture-for-competition clauses are generally afforded somewhat more latitude than noncompetition agreements, primarily because they don’t (as a matter of law) prohibit someone from working in whatever job they wish; rather, they only impose a cost for doing so.

Even if enforceable, however, a court may still modify a forfeiture-for-competition agreement (assuming the particular state permits modification of restrictive covenants), including in the amount of the forfeiture, so as to render it reasonable.