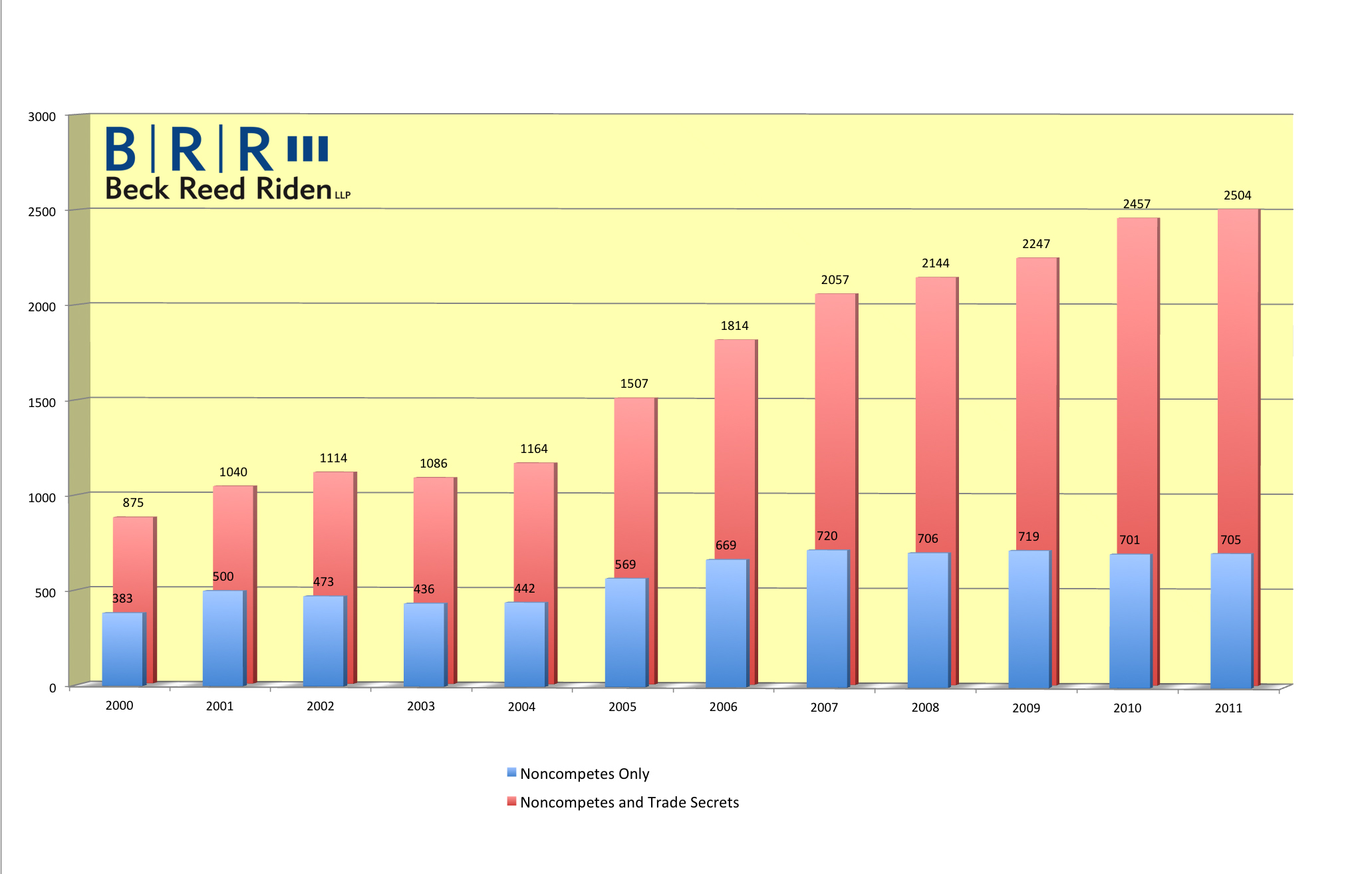 A few years ago, I became curious to see how many reported trade secret / noncompete decisions were issued each year. So, I did a “back of the envelope” calculation.

I have performed similar calculations several times since.

Interestingly, while the reported noncompete decisions leveled off and even declined modestly in recent years, the trade secret / noncompete cases have continued to increase at a significant pace throughout the entire 12-year period. It would appear (consistent with the prior calculations) that trade secret cases (rather than noncompete cases) are the driver of the increase in reported decisions.

(You can click on the image of the chart above for a closer look at the numbers.)