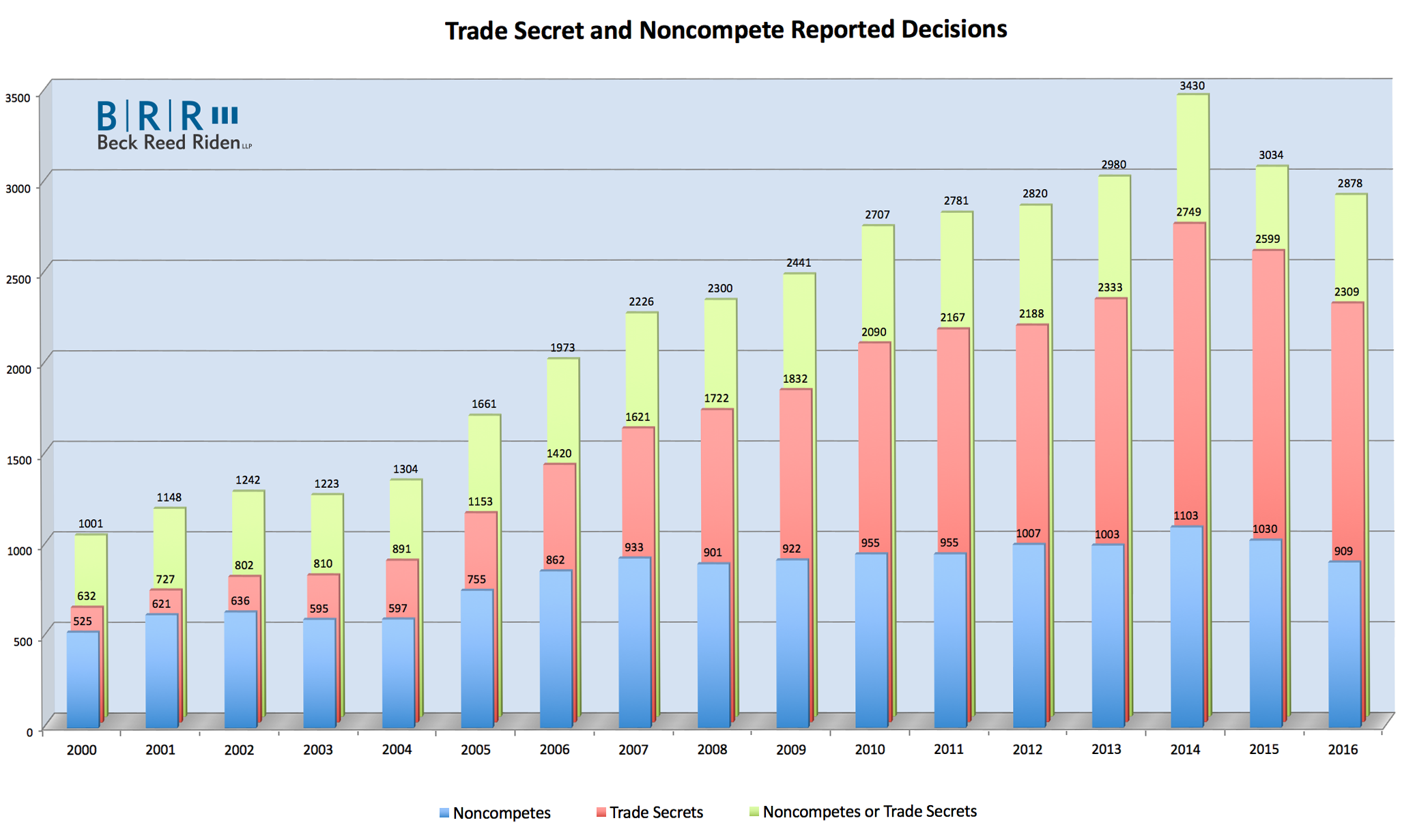 A few years ago, I became curious to see how many reported trade secret / noncompete decisions were issued each year in all federal and state courts around the country. So, I did a “back of the envelope” calculation. I have performed similar calculations several times since.

The other thing worth noting is that every time I’ve run this inquiry at the beginning of the year (as is the case this time), the most recent year has been way underreported. I suspect that it has something to do with how Westlaw updates its database. I will very likely run my search again later in the year, and, if history is any predictor, the 2013 numbers will be significantly higher – almost certainly exceeding the prior years in every category. We will see!

Perhaps most telling is that the trade secrets cases have grown virtually every year, though all of the numbers in the last four years have leveled out a bit (again, recognizing that the 2013 numbers are likely to rise significantly).