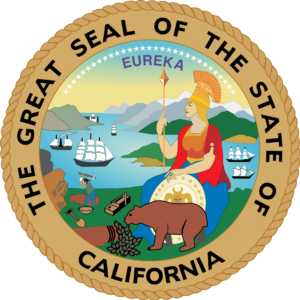 California has long been hostile to employee restrictive covenants. But, its stance on B2B covenants has been less clear. Yesterday (August 3, 2020), we got the answer.

Spoiler alert: B2B noncompetes are permitted and will be judged by a reasonableness standard.

The questions answered by the California Supreme Court

The California Supreme Court reordered, rephrased, and then answered the questions. (The reordering was done because, depending on the answer to the tortious interference question, the court might not have needed to answer the question about 16600.)

As to the 16600 question, the California Supreme Court rephrased it to, “What is the proper standard to determine whether section 16600 voids a contract by which a business is restrained from engaging in a lawful trade or business with another business?”

The Facts of the Case

As the California Supreme Court summarized, “Plaintiff Ixchel Pharma, LLC (Ixchel), a biotechnology company, entered into an agreement with Forward Pharma (Forward) to jointly develop a drug for the treatment of a disorder called Friedreich’s ataxia. The drug development went according to plan until Forward decided to withdraw from the agreement, as was allowed by its terms. Pursuant to a settlement with another biotechnology company, defendant Biogen, Inc. (Biogen), Forward had agreed to terminate its contract with Ixchel.”

However, Forward’s termination was mandated as part of a settlement that it entered into with Biogen in which Biogen paid Forward $1.25 billion (for certain intellectual property rights) and Forward agreed to “‘terminate any and all existing, and not enter into any new, Contracts or obligations to Ixchel Pharma LLC … and/or any other Person, to the extent related to the development [by Forward and its affiliate companies] of any pharmaceutical product having dimethyl fumarate [(DMF)] as an [active ingredient] for the treatment of a human for any indication, including Friedreich’s ataxia.’ Because Forward’s only business is the development of drugs containing DMF as an active ingredient to treat humans, Ixchel alleges that the Forward-Biogen Agreement effectively prohibited Forward from engaging in its entire business or a substantial part of it.”

Not surprisingly, “Ixchel sued Biogen in federal court for tortiously interfering with Ixchel’s contractual and prospective economic relationship with Forward and claimed that Biogen did so in violation of Business and Professions Code section 16600.”

Section 16600 provides in relevant part, “Except as provided in this chapter, every contract by which anyone is restrained from engaging in a lawful profession, trade, or business of any kind is to that extent void.”

The court quickly disposed of any question about whether 16600 applies in the B2B context:

The court then went on to explain as follows:

In context, section 16600 is best read not to render void per se all contractual restraints on business dealings, but rather to subject such restraints to a rule of reason. Section 16600 was initially enacted in 1872 as section 1673 of the Civil Code using substantively identical language. . . . And Civil Code former section 1673 was enacted against the backdrop of wellestablished common law prohibitions against restraints of trade. . . . [T]his court has interpreted section 16600 and its Civil Code predecessor on numerous occasions, and we have declined to categorically invalidate all agreements limiting the freedom to engage in trade. Over time, our case law has generally invalidated agreements not to compete upon the termination of employment or upon the sale of interest in a business without inquiring into their reasonableness, while invalidating other contractual restraints on businesses operations and commercial dealings only if such restraints were unreasonable.

We must also consider section 16600’s “language in its ‘broader statutory context’ and, where possible, harmonize that language with related provisions by interpreting them in a consistent fashion.” . . . Section 16600 sits alongside another antitrust statute, the Cartwright Act (§ 16700 et seq.), which we have construed to permit reasonable restraints of trade. . . . This statutory context further supports the conclusion that a rule of reason applies to contractual restraints on business operations and commercial dealings under section 16600.

The court explained that, “[o]ver time, . . . two discernible categories of holdings emerged in our case law: Agreements not to compete after the termination of employment or the sale of interest in a business were invalid without regard to their reasonableness. And agreements limiting commercial dealings and business operations were generally invalid if they were unreasonable.”

After running through the lengthy history of California statutory and case law, the court summarized, “[O]ur decisions interpreting Civil Code former section 1673, the predecessor to Business and Professions Code section 16600, gradually evolved to evaluate contractual restraints on business operations and commercial dealings based on a reasonableness standard. In this respect, Civil Code former section 1673 did not depart from the common law rule. But we often interpreted the statute more strictly when it came to agreements not to compete after the termination of employment or the sale of interest in a business. Thus, instead of adopting a per se rule that all contractual limitations on the freedom to engage in commercial dealings are invalid, our precedent interpreting Civil Code former section 1673 was more nuanced.”

The court observed that following the 1941 reenactment of 1673 as 16600, the cases continued the same trajectory. Specifically, the court explained,

The court then went on:

We also consider section 16600 in its broader statutory context and seek to harmonize its language with related provisions. . . . Section 16600 appears alongside the Cartwright Act (§ 16700 et seq.), which also employs broadly worded language to prohibit agreements in restraint of trade. . . . But we have not interpreted these provisions in a sweeping fashion. “Though the Cartwright Act is written in absolute terms, in practice not every agreement within the four corners of its prohibitions has been deemed illegal.” The provisions of the Cartwright Act “draw upon the common law prohibition against restraints of trade.” . . . Accordingly, this court has taken direction from the common law in establishing a reasonableness standard for determining whether an agreement violates the Cartwright Act. . . . That standard asks whether an agreement “ ‘promotes or suppresses competition’ ” by considering the “ ‘circumstances, details, and logic of a restraint.’ ”

Similarly, Civil Code former section 1673 was enacted against the backdrop of a common law standard prohibiting unreasonable restraints of trade. Our interpretation of that statute and section 16600 did not depart from the common law reasonableness standard for contractual restraints on business operations and commercial dealings. Section 16600 should therefore be read in accordance with the Cartwright Act to incorporate the same rule of reason in such cases.

In so concluding, the court was specifically “mindful of the consequences of strictly interpreting the language of section 16600 to invalidate all contracts that limit the freedom to engage in commercial dealing,” recognizing that “[i]n certain circumstances, contractual limitations on the freedom to engage in commercial dealings can promote competition.” As a consequence, the court determined that “a rule of reason applies to determine the validity of a contractual provision by which a business is restrained from engaging in a lawful trade or business with another business.”

The primary takeaway is that businesses may agree to B2B noncompetes in California, but the restraints must be reasonable in their scope. Pure anticompetitive restrictions will not survive scrutiny, while contracts that promote competition overall likely will.

One other takeaway relates to the current hostility of the FTC, DOJ, and Attorney General for the state of Washington (among others) toward the use by franchises of no-raid agreements. Given the California Supreme Court’s approving observation that “[f]ranchise agreements often prohibit the franchisee from selling a third party’s products,” it will be interesting to see how California handles the franchise no-raid issue when it arises.